There were a number of issues raised in this discussion:

1. Does OWL-S discovery assumes that requesters and provides use a unique ontology?

The answer is NO. OWL-S does not assume the use of a single onrology. It is difficult, however, to see what you mean by “one single ontology”. If you mean “one single OWL file”, then of course trivially OWL-S does not assume a single ontology since you can import as many OWL files as you desire in an OWL-S description, and use any of the concepts defined in those files to describe the OWL-S profile or any other OWL-S component. During the discovery process the Profile of the requested service may refer to a concept, say a:A (the concept A defined in “file” a), and an advertisement may refer to concept b:B that belong to a different ontology (different owl files), and yet b:B may be defined as a subclass of a:A. In this case, matching engines would still be able to match exploiting the logical relation between A and B. At CMU, we have shown different kinds of matches (e.g. exact, plug-in etc) in our matching algorithm (see e.g. [3]).

Another way in which the use of different ontologies can be handled in OWL-S is through mapping rules that could be expressed in SWRL. In this way, to the extent that the similarity between A and B can be made explicit, then the mapping can be exploited. Of course there are issues of where these mappings live, how it is discovered where they live, since of course in the process of service discovery one does not know a priori what the ontological needs of one request would be vis a vis the current advertisement knowledge base. Even if one assumes a unique knowledge base containing such mappings, another set of issues is of course, how this knowledge base gets searched efficiently. 我的论文的一部分就是要解决这个问题：采用登记服务自动完成映射工作，但是基于怎样的请求？机制仍然成问题。

The issue of ontological mapping is an old and well known one that has predated Semantic Web Services. Work on how to express mappings to achieve semantic interoperability efficiently (even assuming the mapping rules are known) has been going on since the late 80&apos;s (perhaps even earlier).

The general problem of arbitrary ontology mapping is an open research problem. The real scientific work is in trying to attack the technical issues that I outlined (and others that are there but I did not refer to). After we solve these scientific problems (ie. How to derive the mappings, and how to use them), we can worry about what to call the algorithms.

Since ONTOLOGY MEDIATION is an open research issue, OWL-S is agnostic about the actual ontology mediation process used.( 这方面应该有研究论文，也可以参考一下，属于论文中创新性的内容 ) To the extent that the mediation process is a service, rather than a set of rules, it can be represented in OWL-S and discovered.

2. Should OWL-S do something about ontological mediation like WSMO is doing with the OO mediators?

Up to now, there is no clear operational definition of what a WSMO mediator is, neither is there a clear specification of an ontology or language for describing mediators, or an algorithm for ontological mediation.

Note that if you take this viewpoint, the sentence “OWL-S has no mediators” is non-sensical: it is analogous to sentences like “Java has no Operating System” or other such sentences. OWL-S is a language (it uses OWL semantics) that allows you to describe Web services, it does not tell you what infrastructure Web services need, nor does it stipulate the existence of mediators or of a discovery registry or any other component. If you think you need a mediator, the role of OWL-S is to provide you the tools to describe a mediator if you decide to implement it as a Web service. If you look at [2] there is a discussion on how to do that. 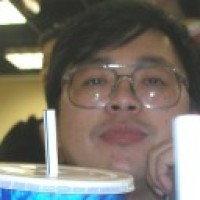 ‘服务发现是否假设请求者和提供者使用同一本体？肯定不是。’
我觉得应该是相同的本体库，否则如果service requester 和 service provider使用了不同的ontology, 那么将无法理解彼此之间的语义。
在Bringing Semantics to Web Services:
The OWL-S Approach （Martin et al, 2005）中
‘OWL-S is based on the assumption that the definitions of these semantic
concepts are available at referenced URIs on the Semantic Web, so that the service
and client programs have a means of sharing terms and clients can find the definitions
of all referenced concepts, represented in the OWL semantic description language.’

‘服务发现是否假设请求者和提供者使用同一本体？肯定不是。’
我觉得应该是相同的本体库，否则如果service requester 和 service provider使用了不同的ontology, 那么将无法理解彼此之间的语义。
在Bringing Semantics to Web Services:
The OWL-S Approach （Martin et al, 2005）中
‘OWL-S is based on the assumption that the definitions of these semantic
concepts are available at referenced URIs on the Semantic Web, so that the service
and client programs have a means of sharing terms and clients can find the definitions
of all referenced concepts, represented in the OWL semantic description language.’